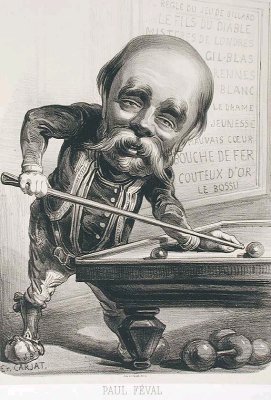 Féval's greatest claim to fame, however, is as one of the fathers of modern crime fiction. Because of its themes and characters, his novel ''Jean Diable'' (1862) can claim to be the world's first modern novel of detective fiction. His masterpiece was ''Les Habits Noirs'' (1863–1875), a criminal saga comprising eleven novels.